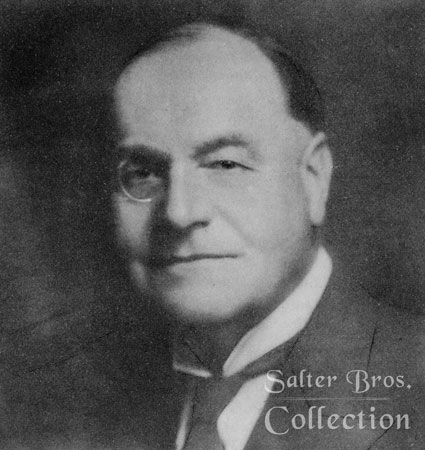 Charles’s life achieves are quite extensive and he achieved many things in his life within Villiers as well as in archaeological research and religious research. He is also a published author which his books on religious topics can be viewed and purchased.

1898 Charles was asked by his father John Marston to head to America to research Bicycle pedal making equipment to supply his range of Sunbeam bicycles with as he was not satisfied with what was being produced. Charles returned from America with the appropriate equipment to setup his own shop for making bicycle pedals. John Marston financed the business venture on the provision of a loan of £6,000 against future company earnings.

In 1926 Charles Marston was knighted by His Majesty, King George V. for political services and his work in archaeology. 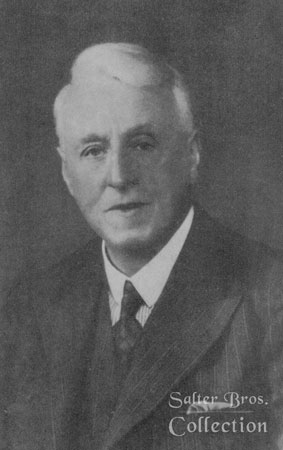 Frank was born 29th January 1878 in West Bromwich, Staffordshire and was the middle son of William and Mary Farrer.

Frank joined Villiers full time in 1902 where he left a job at Palmer Tyres where he was the manager.

In 1912 Charles Marston persuaded Frank to take a financial interest in the business which was made into a private limited liability company and naturally Frank stepped onto the Board of Directors with Charles Marston and they formed The Villiers Engineering Company Limited.

1913 Frank was the driving force behind the company moving from making bicycle pedals into two-stroke engines.

In November 1919 Charles Marston appointed Frank the managing director of the company. A role which Frank stayed in and excelled at until he retired in 1957.

On 24th May 1946, Sir Charles Marston died and Frank H. Farrer took on the role of Chairman as well as Managing Director.

Over Frank’s career he took out many patents for improvements on engines, magnetos, oil supplies etc.

In 1956 Frank Retired as Managing Director, but remained as Chairman.

in 1957 Frank retired as Chairman and passed on the running of the company to his nephew Leslie W. Farrer.

1957 saw Frank H. Farrer vacated the chair of chairman of the company and become the first president in the company’s history, although an honorary position, this allowed for the board of directors to look to Frank for advice.

Patents
Frank Howard Farrer took out many patents during his career at Villiers.
View all of the patents that Frank took out in his career – Click Here 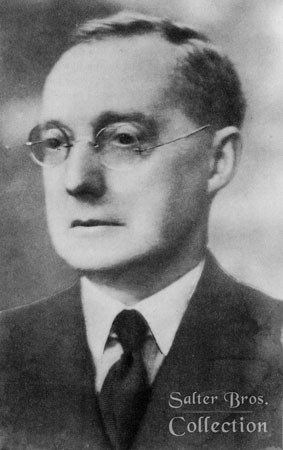 Frank was born on 26th of June 1879 in Willenhall, Staffordshire, England and began his apprenticeship in 1897 at Rudge-Witworth Ltd. in Coventry.
He rose through the ranks to be promoted to chief draughsman at Rudge-Witworth and was responsible for the design of the Rudge 8 H.P., twin air-cooled motor cycle engine.

Frank joined the Villiers team in January 1919 as a young engineer. His first and chief duty was to develop a new type of magneto as during the first world war period and coming out of the first world war, the company could not get magnetos from Germany.

Frank Poutney and Frank H. Farrer are credited to inventing the “Frying-Pan” or flywheel magneto which proved its efficiency in use at low speeds compared to a horseshoe magneto of that same period.

In 1920 Frank bought into the company and was made a company director and Chief Engineer.

Frank took out many patents for his work at Villiers, incuding for the Villiers Free-wheel hub which initially was running two rows of ball bearings. This was reduced to one single row of larger ball bearings which enabled for a more accurate and true running hub.

Frank had a 28 year career with Villiers.

Patents
Frank Pountney took out many patents over his 50 year career between Rudge-Witworth Ltd. and Villiers Engineering Ltd.
You can search his patents and research them here – Click Here

Below is a letter released by Villiers after Frank’s death 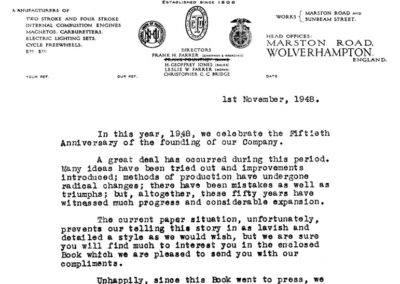 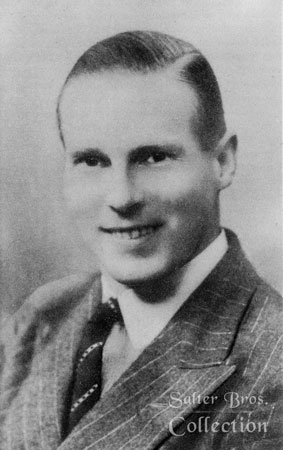 Geoffrey obviously didn’t like his given name of Harold and went under the name of Geoffrey.

In 1923 Geoffrey joined the company, primarily to take over the advertisement department, and prepare spare parts books and other publications. The scope of his work widened, and a year later he made an extended visit to the Continent with a view to increasing still further the sale of Villiers products, for which there was a growing demand in Belgium, Holland, Germany, Austria, and Czechoslovakia.

May 1937 Geoffrey was made a director of the company and appointed Sales Director. 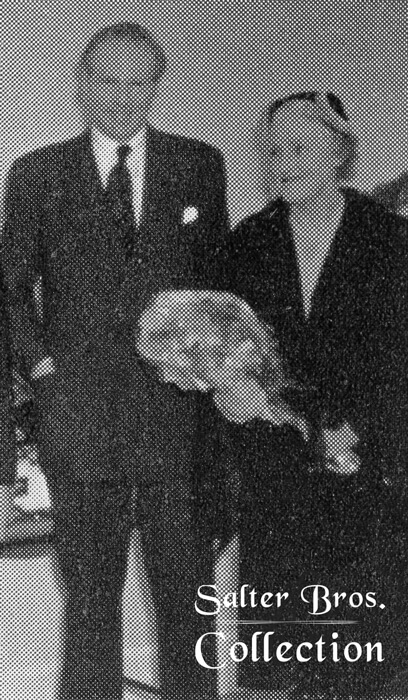 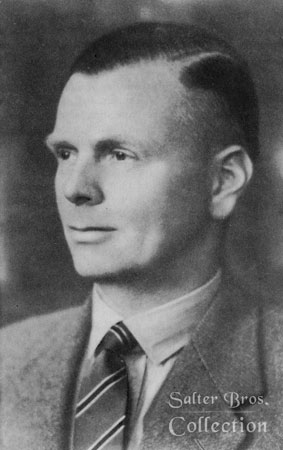 Leslie is the nephew of Frank H. Farrer, Managing Director and Chairman of Villiers.

Leslie joined the company in 1926. He came across from Austin Motor Company where he completed his apprenticeship. He acquired wide knowledge of machine shop methods and he enlarged his experience by visits to the U.S.A., where he studied first-hand American production techniques.

Leslie was invited by his Uncle to come across to Villiers as the company had intentions of building their own car and wanted the expertise and guidance of Leslie to oversee this process.

May 1937 Leslie was made a director of the company and appointed works Director.

1957 Frank H. Farrer retired and was succeeded by his nephew,  Leslie W. Farrer as joint director of the company with H. Geoffrey Jones.

1957 Leslie purchased J. A. Prestwich and merged the two iconic companies together. 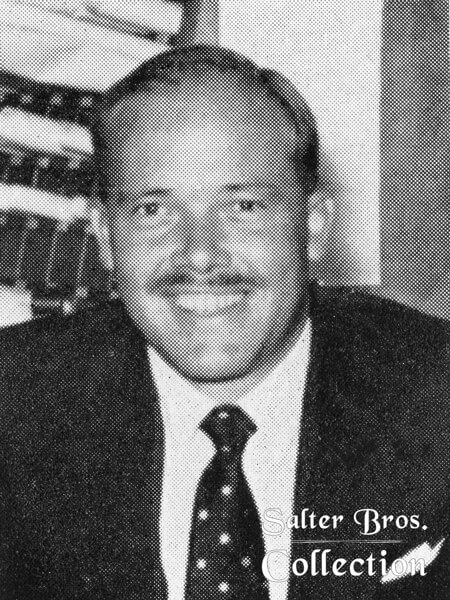 More Information to come about Frank.

More Information to come about W. B. Steen. 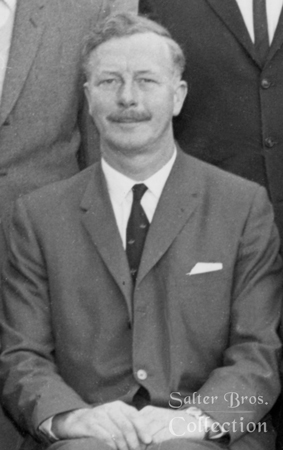 Douglas was company secretary of Villiers Engineering Ltd where he was also a board member. 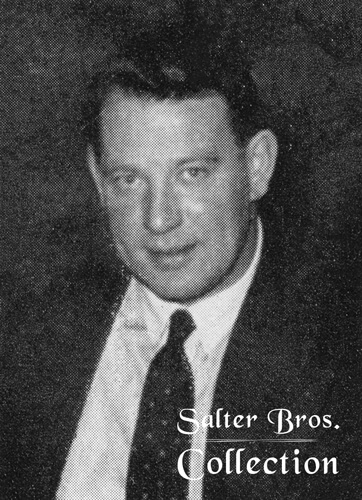 Jack joined Villiers from Baldoyle Engineering Co. of Coventry in February 1941 as a tool setter in the machine shop engaged on the production of shell fuses and at the end of the war was transferred to the jig and tool department.

Later Jack became concerned with factory planning and when Villiers Australia Pty. Ltd. was founded at Ballaarat, in 1953, he was largely responsible for the layout and installation of the machinery shipped out from England.

He paid two visits to Ballaarat, in 1956, and 1958, to advise on the installation of new machinery, and in December of 1958 he left England to take up his appointment on January 1st 1959 as technical director.

Jack was sadly only in this role for 10 months before his tragic accident.

Jack was attending the car hill climb at Hepburn Springs, Victoria (Near Daylesford) on 18th October 1959 where he was critically injured by a competing car. Sadly, Jack passed away in the Ballarat Base Hospital 10 days later without regaining consciousness on 28th October 1959.

Jack left behind a widow, one son and three daughters.